The Guardian: Boris Johnson is the most dangerous prime minister and is leading Britain on the path of tyranny 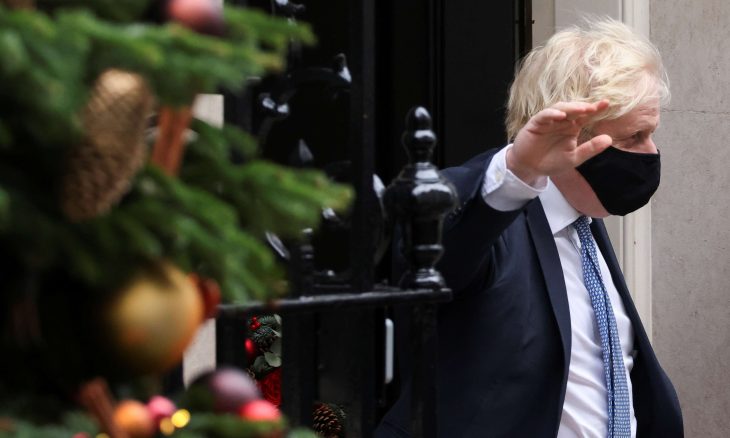 Well-known commentator George Monbiot discussed in an article in the newspaper “The Guardian” the dangers of the British government’s amendments to a police law and the imposition of public order in a way that puts Britain on the path of dictatorship.

“Whenever we watch a documentary about the dictator to power, there comes a moment when we think: Why didn’t people do something?” he said. They could have stopped it when there was time. We have arrived at this moment. At a time when Boris Johnson is accumulating new powers in police, prison and court law, an opaque democracy is sliding toward authoritarianism.”

He said that when he wrote about the legislation last week it was bad enough, and after it was almost passed in Parliament and could be debated, the government made a series of frightening amendments. By restricting protest movement, it would be one of the most frightening legislation introduced by a government in the country’s history and since the end of World War II.

But it is worse now. In a special letter to members of the House of Lords, the government said it intended to “introduce a new offense of interfering with the operation of infrastructure such as the strategic road network, railways, ports, airports, oil refineries and newspaper printing, with a penalty of 12 months in prison and an unspecified fine or both.” And as a group of post-discussed amendments, the project called, among other things, for other measures such as criminalizing protest that might interfere with new infrastructure construction.

But the new amendment includes the existing infrastructure, and potentially prevents any demonstrations and sit-ins “in places such as roads, railways, ports, airports, oil refineries and printing houses.” The said infrastructure determines the extent of the protest, but what does the bill mean by “like”? Well, if newspaper presses are considered infrastructure, and this is a gift to the empire of Rupert Murdoch, whose presses have been subjected to the protests of the “Extension Rebellion” group, it may apply to any company or government facility and public spaces. These are the powers of dictators, and Parliament must express its clamor, as well as the press. But you didn’t hear anything. In the British press, over the past two weeks, there have been more reports of the Nestlé brand of Quality Street than an attack on democratic rights.

This was not due to a lack of public interest. Before the amendments were introduced, more than 600,000 people signed a petition against the law. Aside from an article by Ian Dante in the Eye, Kevin Maguire in the Mirror, Camilla Cavendish in the Financial Times and a number of small reports on the inside pages, the mainstream media has been whistling loudly and distorting their eyes. You don’t need the next dictator’s path of censorship of the press to act. But the press did not care. As for the opposition Labor Party, if it does not act now, when? His defenders say he wants to keep his gunpowder dry. And what is the reason? Elections in the future and when the opposition is more difficult than the present? And if the party did not fight the measures vigorously, it would not be able to use its imaginary gunpowder because it would have lost the battle. In the same context, the so-called “freedom fighters” did not express any position on the procedures, and it seems that the freedom they value is their personal freedom only.

The opposition was left to a number of members of the House of Lords, the defense group “Liberty”, alternative news sites, and disciplined protesters who organized themselves under the slogan “Kill the law.” newspapers. They seem to have reached a tactical consensus that we will not interfere. The writer described Boris Johnson as the most dangerous prime minister to take office in the democratic era. Voters were disarmed by their impression of him as friendly and stuttering and by their imagining that he was working for them. But if the history of the last hundred years tells us anything, it’s that you should watch out for clowns.

We’ve been reminded time and time again: stuttering is a verb, an imitation of spontaneity and helplessness and that it will go to the extremes of control and preservation of power. And when he feels that he is under threat, he moves and hits hard, as he did with the 21 deputies from his Conservative Party who opposed leaving the European Union without an agreement, and their punishment was the suspension of their membership. He surrounded himself with people like fellow dictators who appear as dangerous as the damage inflicted on them. Johnson feels unfettered by laws beyond the decency pact that has replaced this country’s official constitution. He feels as weak as a shark that smells blood. With a majority of 80 seats and with all the press in his pocket, he is taking advantage of the flaws of our political system, with measures to suppress voters, attacking the Election Commission, legal review, expanding the powers of the Official Secrets Act and threatening human rights law.

And “if we let this pass and documentaries were made covering this moment our grandchildren would be astonished, not because the people who could have opposed this were afraid and unable to act like other dictatorships but because of our indifference.”

Corona active cases in Gujarat surpass 1 lakh in 20 days, number of patients on ventilator increased by 243%