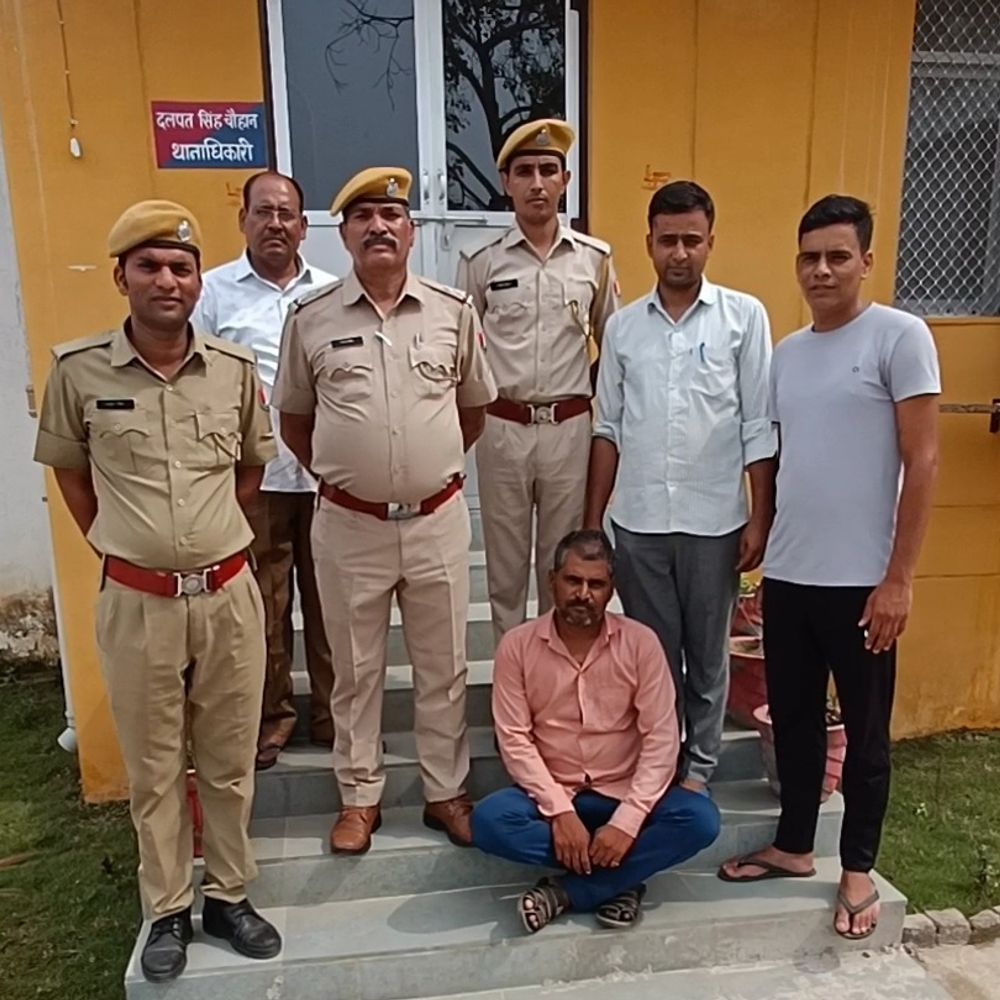 The Bhanwargarh police station of Baran has arrested the accused son, who killed his mother by crushing him with a tractor a month ago.

The Bhanwargarh police station of Baran has arrested the accused son, who killed his mother by crushing him with a tractor a month ago. The accused was removing stones from the boundary of the enclosure. When the mother interrupted, the accused hit the tractor, due to which he died.

SP Kalyan Mal Meena said that on May 14, Lakhan Singh Banjara, a resident of Jagdevpura, gave a report to the police station Bhanwargarh. It was told in the report that they are two brothers. The elder brother Pappu Banjara was removing stones from the boundary of the enclosure of Jagdevpura resident of Dharam Singh’s son Harlal Banjara behind the settlement with a tractor. On this his mother Kuka Bai forbade Pappu Banjara to remove the stone, Pappu Banjara did not listen to his mother. He kept on removing the coat of stone. After this, he forcibly removed the stone coat (raw stone wall) of Nagroo Banjara with a tractor. His mother kept explaining Pappu repeatedly to avoid the quarrel, but Pappu did not agree. Pappu asked his own mother to leave and threatened to kill him if she did not leave. During this, he got angry and hit Kuka Bai’s tractor. Relatives and villagers were taking him to the hospital in an injured condition. Then he died on the way. In such a situation, the police registered a case of murder against the elder brother on the report of the younger son of the deceased.

The SP took the matter seriously and constituted a special team of SHO Dalpat Singh under the direction of ASP Jinendra Kumar Jain and under the supervision of DSP Sheorajmal Meena. The police raided to find the son accused of murder. Police have arrested Pappulal son Motilal, a resident of Jagdevpura, who is absconding since the incident on the information of technical research and informer. The police is interrogating the accused thoroughly.