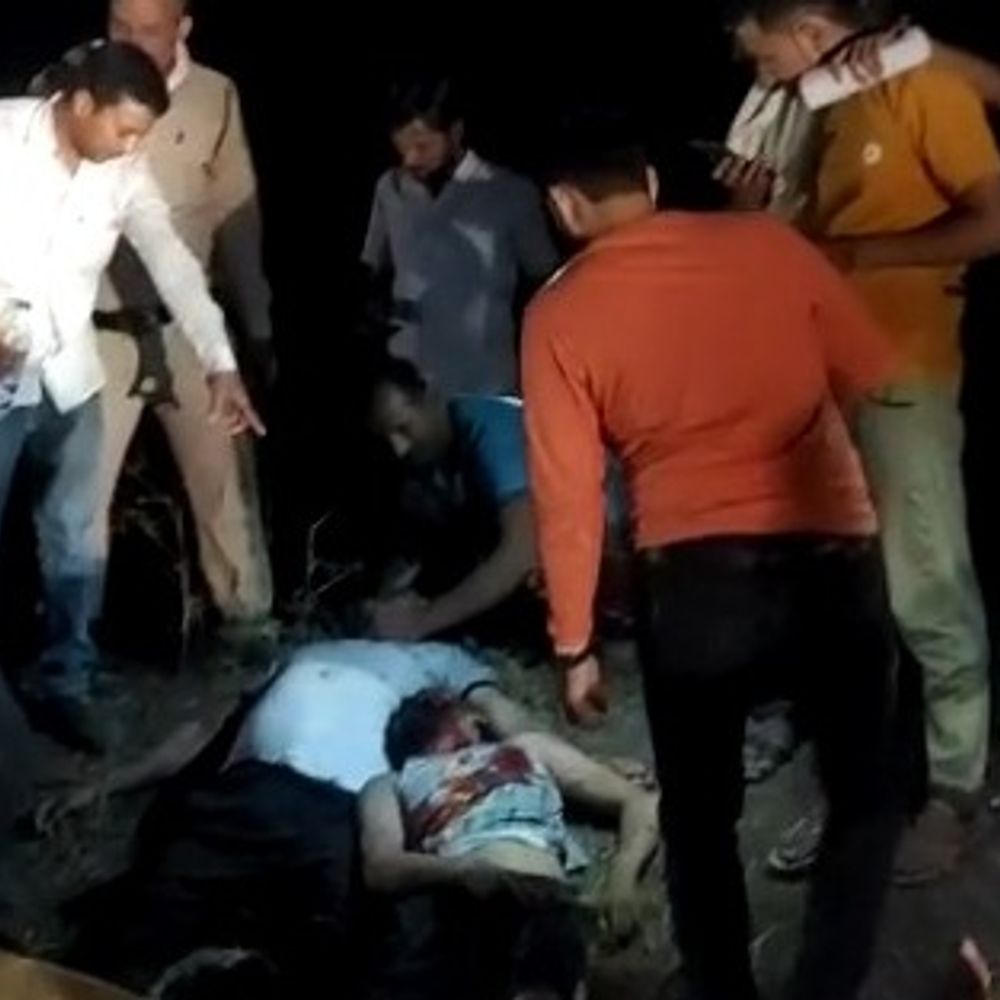 The injured were rescued.

A speeding truck and car collided near Panjaria village on Pandhana Road at 11.30 pm on Saturday night. After the collision, the truck dragged the car for 30 meters. After that both the vehicles overturned in the pit below the road. The car was shattered. Of the three friends on board, two died while the condition of the third friend is said to be critical.

CSP Poonamchandra Yadav said that Monty alias Shashank Awasthi, a resident of Tagore Colony, had left Khandwa towards Pandhana in a car with friends Rahul Goswami and Priyanshu Patel. When they reached near Panjaria village, they were hit by a truck going from Burhanpur to Azamgarh after filling bananas from the front. The car and the truck collided so fast that the front part of the car collapsed to the driver’s seat. After that the truck driver applied the brakes. The speed of the truck was such that even after brake, he dragged the car for 30 meters. After that both the vehicles got down from the road and overturned. The front part of the car was buried in the truck. On information, the police team reached the spot. The accused truck driver and conductor have been taken into custody by the police.

It took an hour to get Monty out

Monty was driving the car. Rahul and Priyanshu were taken out and taken to the hospital but it took more than an hour to get Monty out. With the help of a crane, the truck was removed and then Monty was pulled out by cutting the hull of the car with a cutter. But he had died inside the car. At the same time, the doctor in the hospital also declared Rahul dead. Due to the critical condition of Priyanshu, he was referred to Indore.

son was fasting, he went hungry

Seeing the dead body of Rahul, the father became distraught. Everyone had left the house around 9.30 pm. The father roared and started crying. He said that Rahul was fasting. He was hungry. Didn’t even eat food. Rahul was an accountant at a jewelers’ shop. He is survived by his parents and a younger brother. Whereas, Priyanshu works at a medical shop. At the same time, Monty had bought the car only a few months ago.

Former MP watched the film ‘The Kashmir Files’ with 150 hundred BJP workers, got emotional in the middle, could not stop the tears Pro-IQRA

If the police accused of Darbhanga rape are not arrested in a week, then there will be a movement in front of the police...

Imran Khan is a trader of hatred, he is attacking institutions from foreign countries:...

In Sonapatti, the tea shopkeeper threw boiling tea on the hands of gold merchant...

Big corruption in the appointment of teachers in the yogi state! Two and a half thousand fake teachers identified – News18 Bangla ProIQRA...

Active NWT wildfires escalate over the weekend, with most being North and South slaves Pi News

In the presence of opposition leaders, Rahul Gandhi said that this is a battle of ideology, the entire opposition stands with Yashwant Sinha. Pi...

A British man found his phone at work ten months after it fell into a river. ProIQRA News