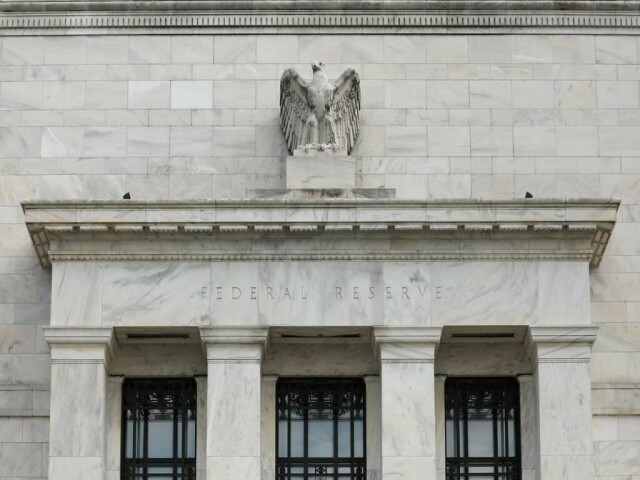 WASHINGTON: US central bankers kicked off their two-day policy meeting on Tuesday with another sharp interest rate hike seen as a near certainty amid persistently high inflation.

American families have felt the pressure of soaring prices, which rose at their fastest pace since the early 1980s, and Federal Reserve Chairman Jerome Powell made it clear that officials will continue to act aggressively to cool the economy.

Many economists expect a third straight rate hike of three-quarters of a point after Wednesday’s meeting, an unprecedented move.

Fed officials have been unanimous that the US central bank cannot allow inflation to take hold because of the damaging effects on workers and businesses, but analysts warn that recession risks are rising.

“The level of inflation will continue to weigh on the course of monetary policy despite rising risks of a recession in 2023,” said Cathy Bostiancic of Oxford Economics, who predicts a recession early next year.

“We see high inflation, more aggressive Fed monetary policy tightening, and negative spillover effects from a weakening global backdrop, all of which will push the US economy into a moderate recession in the first half of 2023.”

The Federal Open Market Committee (FOMC), which sets the Fed’s policy, plans to announce its decision on Wednesday at 16:00 GMT.

Markets have been rattled by clearly hawkish statements from central bankers in recent days, and Powell’s post-meeting press conference will be closely watched for information on what he thinks the next steps will be.

Will there be new hikes?

Policymakers are not only worried about the current high inflation, but also the fear that consumers and businesses will come to expect higher prices to become a permanent feature, which could trigger a dangerous spiral and a phenomenon called stagflation.

This fear led the Fed to raise rates early, rather than continuing the usual course of small incremental steps over an extended period.

The U.S. central bank has raised its benchmark interest rate four times this year, including two consecutive increases of three-quarters of a point in June and July.

The aim is to boost borrowing costs and cool demand, and it’s having an impact, with home mortgage rates above six percent for the first time since 2008.

And recent statements by Fed officials indicated that more rate hikes are on the horizon, and no cuts until inflation is under control, dashing hopes that had been building in markets since July’s policy meeting.

The FOMC will also release members’ quarterly forecasts, which will show how they feel about the direction of the economy and the impact of policy moves, as well as how soon inflation will decline.