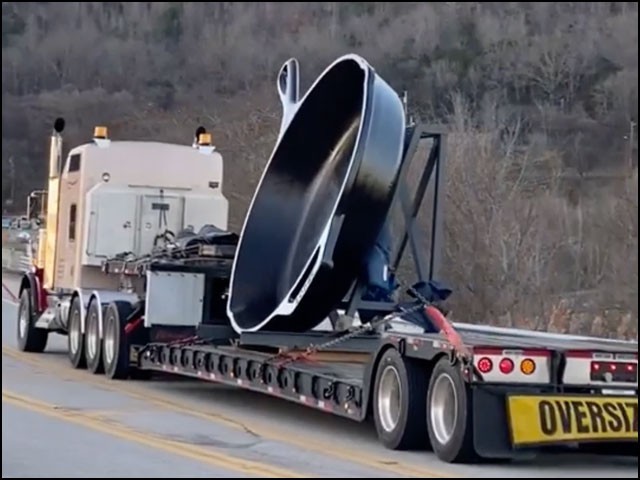 A large trawler has been used to deliver this frying pan to its destination. (Photo: Social Media)

Pittsburgh: There is talk on social media today about the world’s largest frying pan, which is 18 feet long and weighs 14,360 pounds (6.5 tons) while being made of cast iron.

A few days ago, he was seen going in a big trailer on a main highway in the American city of Pittsburgh and social media users were surprised and immediately shared his pictures.

According to reports, the world’s largest frying pan will be on display at the Lodge Cast Iron Museum, which is under construction in South Pittsburgh.

It is 18 feet long from the handle to the opposite end, but so far no application has been submitted for entry in the Guinness World Records.

The Lodge Cast Iron Museum will display a variety of cast iron products and the stages of their manufacture, while the giant frying pan will be installed outside the museum to attract people.

The museum is expected to be completed by May or June this year and open to the public.