There are also mistakes of PTI that the situation has reached this stage: Fawad Chaudhry Pi News 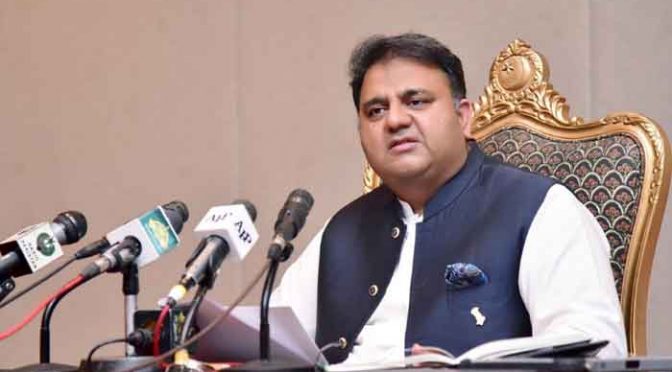 ISLAMABAD: (Web Desk) Pakistan Tehreek-e-Insaf (PTI) leader and former federal minister Fawad Chaudhry has admitted that PTI also has mistakes that the situation has reached this stage.
In a statement issued on social media, Fawad Chaudhry said that will Zardari and Sharif run Pakistan for next 40 years? Should the next 4 decades be wasted?
Fawad Chaudhry further wrote that would you like to leave this legacy?
The former federal minister said that people should not underestimate their anger, people are more angry than expected.

SHC dismisses pleas of Shell’s officer and others in Rs2.37bn reference

Protest against the arrest of Teesta Shitalbad in Calcutta ProIQRA News

Covishield considering giving Corbevax as a booster dose to people who have taken Covaccine ...

Varun Dhawan reveals that Kiara had called him a ‘chauvinist’ before filming his fight in Jagjag Geo, why is he here ProIQRA News

Houses and shops were destroyed by elephants ProIQRA News