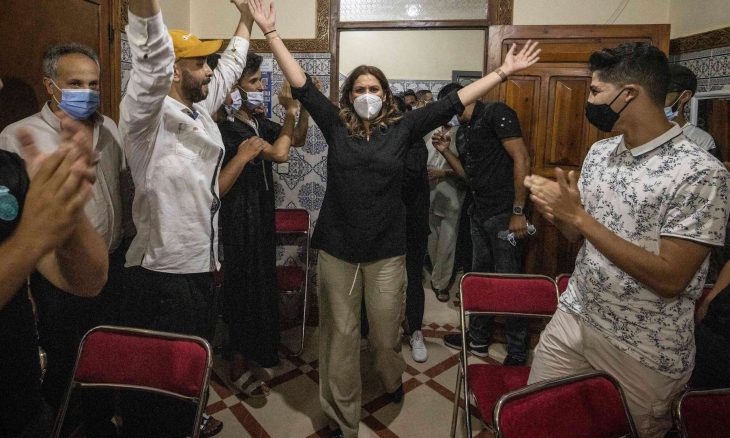 Fatima Zahra Mansouri, a candidate for the Party of Authenticity and Modernity, was elected Mayor of Marrakesh

Rabat: Women will run municipalities in three large Moroccan cities after the September 8 elections, in what is unprecedented in the kingdom.

Asmaa Rallo, 52, became the mayor of Rabat, on Friday. “It is a historic day for the city of lights, Rabat,” said the candidate of the National Rally of Independents, after winning the city council elections in the capital, which has a population of 550,000 people.

Four days ago, on September 20, Nabila Rmeili, a 47-year-old candidate from the National Rally of Independents, was elected to head the municipality of Casablanca, becoming the first woman to take office in Morocco’s largest city, with a population of about 3.5 million.

The Liberal Party led by businessman Aziz Akhannouch topped the results of the legislative, regional and municipal elections.

In Marrakesh, the tourist capital of the country with a population of 1.3 million, Fatima Zahra Mansouri, 45, a candidate for the Authenticity and Modernity Party, was elected mayor of the city after she held the position between 2009 and 2015.

The Authenticity and Modernity Party was dissolved second in the legislative and municipal elections and third in the regional elections. This liberal party was founded by the current royal advisor, Fouad Ali El Himma, in 2008, before he resigned in 2011.

Meanwhile, Prime Minister-designate Aziz Akhannouch was elected Friday to head the municipality of the tourist city of Agadir, his stronghold, and was the only candidate for the post.

Attacking the BJP, Kejriwal referred to Dewar to encourage Delhiites and party members to fight back against the wall. ProIQRA News

Terrible tradition: no matter how much trouble, let the wife meet; Young people subjected to ant bites for marriage A tribe in the...