Tiger Attack | And a farmer became a victim of a tiger, a farmer of Jogisahara was killed by a tiger attack | Pro IQRA News 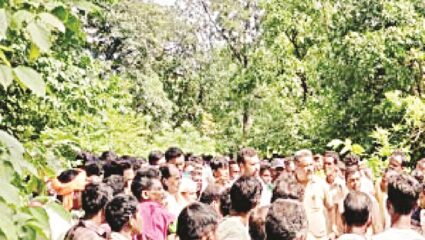 armori, In the past few years, cases of tiger attacks have been constantly observed in the district. Many farmers and ordinary citizens died in this. As a result, an atmosphere of widespread panic reigns among the citizens. In such a situation, an incident occurred on Monday morning in the forest complex of Jogisahara in which a tiger attacked a farmer who had gone to the forest for firewood. The name of the deceased is Biram Kolte (47 years old), a resident of Salmara.

According to the information received, farmer Baliram Kolte went to Jogisahara Forest Complex at 8 am after completing this agricultural work to fetch firewood. While doing so, he was attacked by a man-eating tiger, which was sitting in ambush near the Shankarnagar drain. He died on the spot. As soon as the information about the event was received, employees of the forestry department and the police department, together with the residents of the village, started search operations.

At the same time, Baliram’s body was found at some distance from the scene of the incident. After examining the case, the body was sent to the Upazila Hospital for postmortem. After the autopsy, the body was handed over to the family. On behalf of the Forest Department, from the hands of Forest Circle Officer Avinash Meshram, the family of the deceased was immediately given generous assistance in the amount of 30,000. Due to the man-eating tiger attack, an atmosphere of panic was created among the citizens along with the farmers of these Jogisahara-Salmara-Shankarnagar villages. The demand for the immediate settlement of this man-eating tiger is put forward by the residents of this complex.