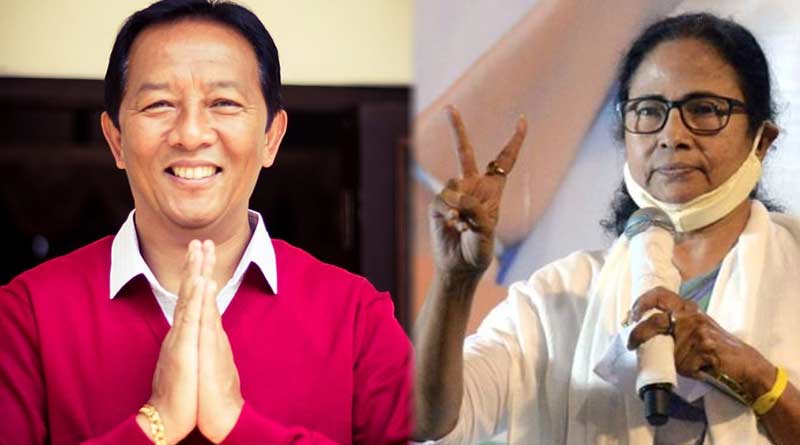 News Daily Digital Desk: The GTA election was held last Sunday after 10 years in the midst of strong tensions. The only question is, who will occupy the GTA? The answer will be found today i.e. Wednesday. Because the counting of votes has started from the morning. The Trinamool has already opened the register in the hills. Trinamool candidate Binay Tamang has won from Dali constituency. Green Abir is flying in the mountains.

After 10 years, this time GTA election was held. Trinamool has fought in ten of the 45 GTA events. There are left (12 seats) – Congress (5 seats). Voting took place in 9 seats of Siliguri sub-divisional council, 6 seats of 4 panchayat associations and 482 seats of 22 gram panchayats. The counting started at 8 am on Wednesday. According to the latest news, the Trinamool has opened the register in the hills with Dali seat. Trinamool candidate Binoy Tamang won by 500 votes. Anita Thapar, a candidate of Gorkha Prajatantrik Morcha, has won Sonada. Independent candidate Bikash Rai has won a seat in Kalimpong. Meanwhile, Trinamool has already won 92 out of 482 seats in 22 gram panchayats of Siliguri sub-divisional council. The BJP won 15 seats, the CPM three and the Congress one.

After the victory, Binoy Tamang thanked the Trinamool Supremo and the Trinamool Congress. He said, “Mamata Banerjee has joined me in the fight as she sees fit, this is my great achievement. This victory is not mine, this victory is for the mountains. ” The results are fairly clear and the hills and mountains are full of greenery. Trinamool activists took to the streets to celebrate the victory.

It may be mentioned that the results of the by-elections of 6 municipalities of the state have been counted today. Trinamool candidates have won four seats there. The Congress candidate won in one. Left in one.