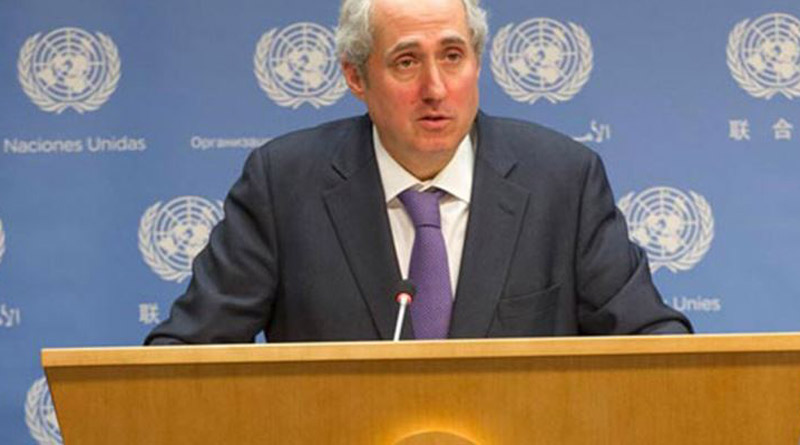 News Daily Digital Desk: The country is stunned by the brutal Udaipur Murder in Rajasthan. Not only in the country, but also in the international arena. This time the United Nations opened its mouth in this incident. UN Secretary-General Antonio Guterres has called for ensuring that all communities can live in harmony and peace with full respect for all religions. His spokesman, Stephen Dujarric, said on his behalf.

“We are very optimistic,” he told a news conference. Full respect must be maintained for all religions around the world. Only then will different communities be able to live in harmony and peace. ”

Two youths, Mohammad Riaz Akhter and Mohammad Gosh, allegedly entered the tailor’s shop in Dhanmondi area of ​​Udaipur around 2.30pm on Tuesday. They initially gave the size of the shirt to the tailor who was killed. He then hit the man on the head and neck with a sharp weapon. The killers also recorded the video of the whole incident. It was then posted on social media. Defendants made offensive remarks on multiple issues in the video. The prime minister was even threatened with death. The two killers also threatened to behead Nupur Sharma. Both have been arrested. Fighting broke out across the country over the incident.

Mohammed Zubbair, a journalist with the fact-checking website AltNews, was arrested by Delhi Police on Monday. He has been charged with insulting religious sentiments. There are also multiple allegations of creating animosity between the two communities. Police claim that in the last few days, a transaction of Rs 50 lakh has been made from Zubair’s account. He has been remanded in police custody for four days after being produced in a Delhi court.