UP: ‘Crowd’ fight between Corona comes to a head, says Swami Prasad Maurya

UP: ‘Crowd’ fight between Corona comes to a head, says Swami Prasad Maurya 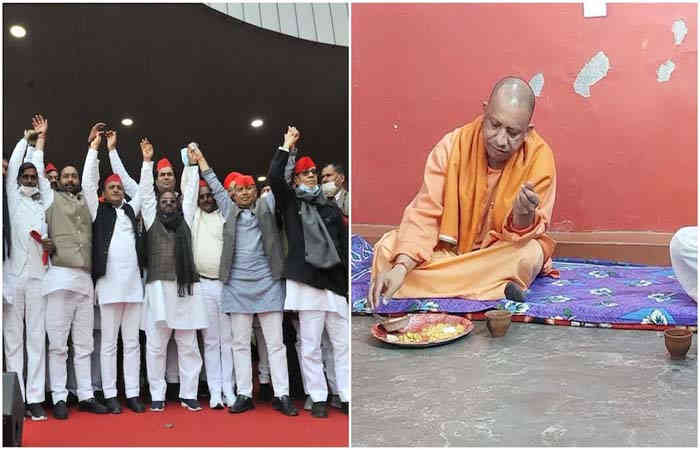 – The SP gave it the name of a virtual rally but there were flags of social distance and there was no compliance with the Corona protocol.

What is the whole case?

The Election Commission has banned rallies following the escalation in Corona’s case. The ban is set to take effect on January 15. But on Friday, a huge crowd was seen outside the SP office in Lucknow. The SP gave it the name of a virtual rally but there were flags of social distance and there was no compliance with Corona’s protocol. A case was then filed against a total of 2,500 SP leaders and activists.

Swami Prasad Maurya, who defected from BJP to SP after the police action, has demanded to file a case against CM Yogi Adityanath over the mob.

On the occasion of Makar Sankranti on Saturday, a large number of devotees had gathered at the Gorakhnath temple in Gorakhpur to offer kheechadi. Violations of social distance were observed during that time. Chief Minister Yogi Adityanath also urged the crowd to abide by the Corona protocol. Earlier on Friday afternoon, they had gone to the house of a Dalit family and had a meal. Regarding this, Swami Prasad Maurya says that a case should be filed against the Chief Minister for making a mess among thousands of people in public. He has violated the code of conduct.

Mass transfer of all employees of Salabatpura police station in...