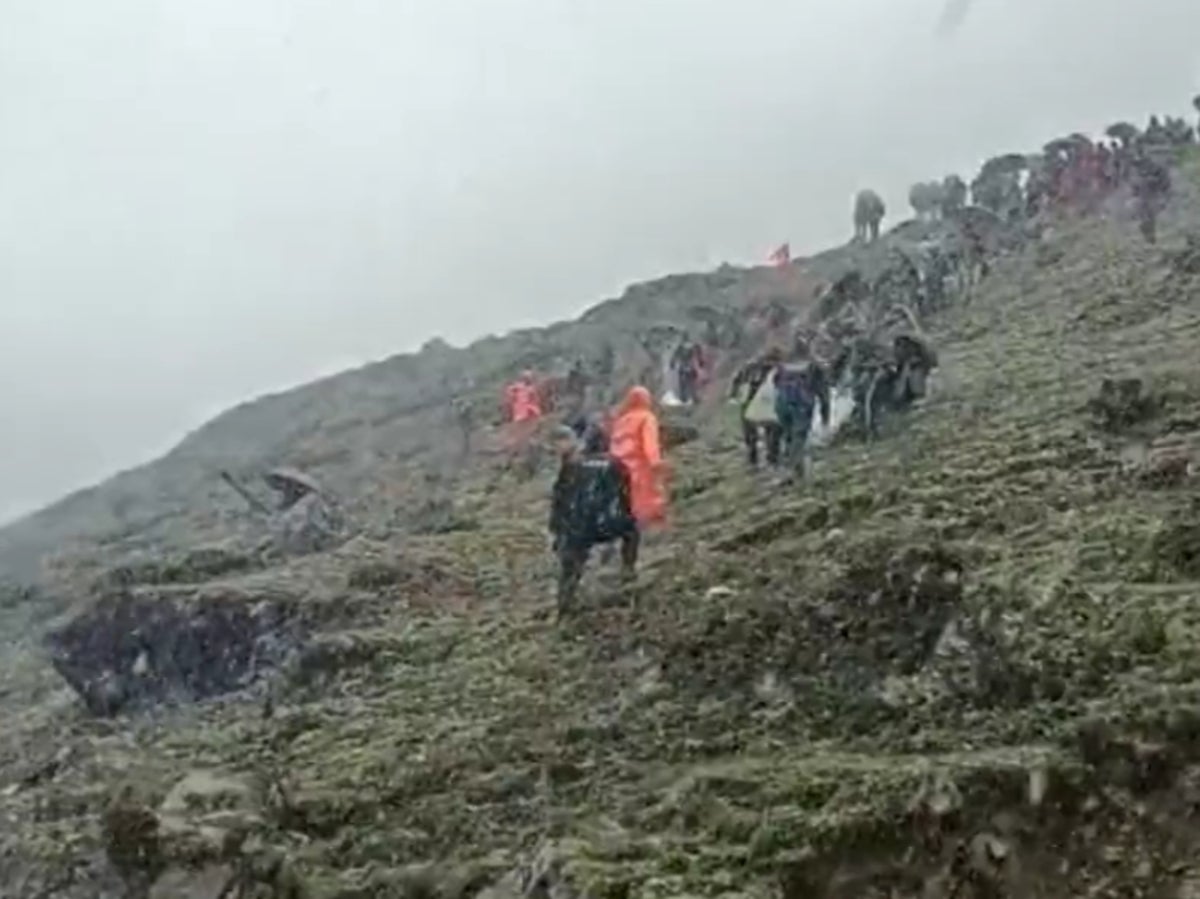 A helicopter carrying Hindu pilgrims from a popular temple crashed in the Himalayas on Tuesday, killing all seven people on board, including the pilot.

The lack of visibility due to fog is believed to be the cause of the helicopter crash that took place on Tuesday in the Rudraprayag district of the Himalayan state of Uttarakhand.

Seven people, including the pilot, were killed after the helicopter caught fire near Garod Chatti and Jungle Chatti districts of Rudraprayagh, Nandan Singh, a local official in the disaster management, told local media.

The pilgrims were returning from the famous Kedarnath temple dedicated to the Hindu god Shiva.

India’s Civil Aviation Minister Jyotiraditya Sindia said his ministry is constantly monitoring the situation on the ground and trying to determine the extent of the losses.

“The helicopter crash in Kedarnath is very unfortunate. We are in contact with the state government to ascertain the extent of the loss, and we are constantly monitoring the situation.”

The Press Trust of India news agency quoted an unidentified senior civil aviation officer as saying that the helicopter involved in the crash was operated by private Ariane Aviation.

“According to preliminary information, a Bell 407 VT-RPN helicopter has crashed on its way from Kedarnath to Guptacashi, possibly due to bad weather,” the official said.

Kedarnath Temple is located 4,300 feet above sea level and is open to pilgrims only from April to November.

India’s top political leaders expressed their grief over the incident.

“At this tragic hour, my thoughts are with the bereaved families,” Prime Minister Narendra Modi’s message of condolence said on Twitter.

India’s President Draupadi Murmo said the news of the death was “extremely sad”.

“The helicopter crash carrying pilgrims in Kedarnath is very disappointing. I express my condolences to the families of all those who lost their lives in this accident. May God give them strength to bear this grief,” Mr. Shah said.

US drops suspected Chinese spy’s balloon over the Atlantic |...

Casemiro misses the Man United matches after the red card,...

Dinner in honor of Peshawar Zalmi and Quetta Gladiators players...