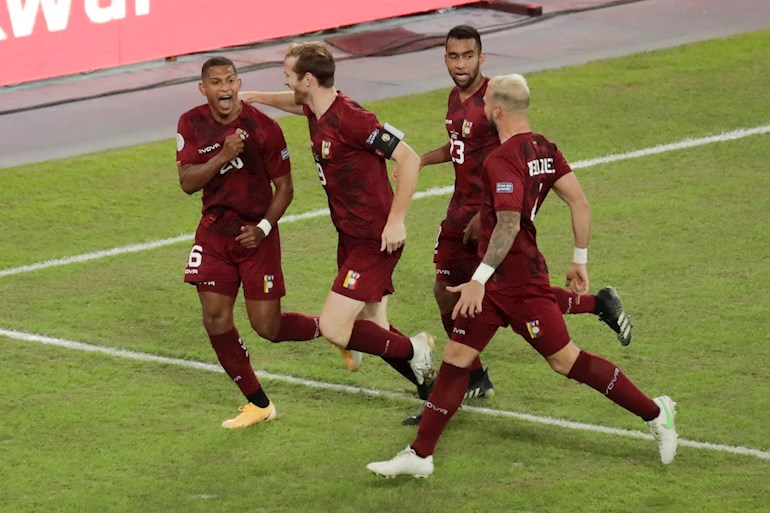 This Thursday the actions of the South American qualifiers for the Qatar World Cup 2022, day in which Venezuela will face Chile in the city of Santiago. Both teams will take to the field with the purpose of achieving three points that will keep them in the fight for classification. Both the Vinotinto and the southern team come from winning their respective previous duels.

Both squads have not shown their best side in this qualifying round, given that Venezuela is in the last place in the table with seven units, while Chile is third to last with 10 points.

Despite having an uphill road for Qatar 2022, both Vinotinto and Roja have mathematical options to achieve a ticket that will lead them to contest next year’s World Cup.

The three points obtained against Eduardo Berizzo’s pupils gave Chile the breathing space it needed, as they signed their second victory of the entire qualifying process.

To go out onto the pitch and receive the Vinotinto team, Chile will have to deal with a lack of weight in their starting scheme: Bayern Leverkusen midfielder and Chilean team leader Charles Aránguiz was suspended after being sent off for a double yellow in the victory against Paraguay .

“Prince”As Aránguiz is known in Chile, he marks the style and rhythm of the Chilean game in practically all his matches, consolidating himself as a fundamental piece of the squad.

His replacement will have to assume a lot of responsibility in the middle zone, a space for which names like Tomás Alarcón del Cadiz and the young Marcelino Nuñez from Universidad Católica sound.

On the other hand, defender Gary Medel will return to the starting eleven after missing the duel against the Guarani by suspension.

However, Venezuela appears as a complex rival for those led by Martín Lasarte, who are forced to win to stay in the race: although last in the table, Venezuela arrives in Chile after surprising and adding three points against the Ecuadorian team (2-1), which currently runs third.

However, the box Leo González has already confirmed three casualties within his starting scheme, including John Chancellor, Junior Moreno and Yeferson Soteldo, with the latter allegedly involved in acts of indiscipline.

Furthermore, the stay in Chile has already been a headache for the vinotinto team, who reported difficulties in being able to train adequately as a result of sanitary impositions despite the fact that the entire campus has negative PCR tests.