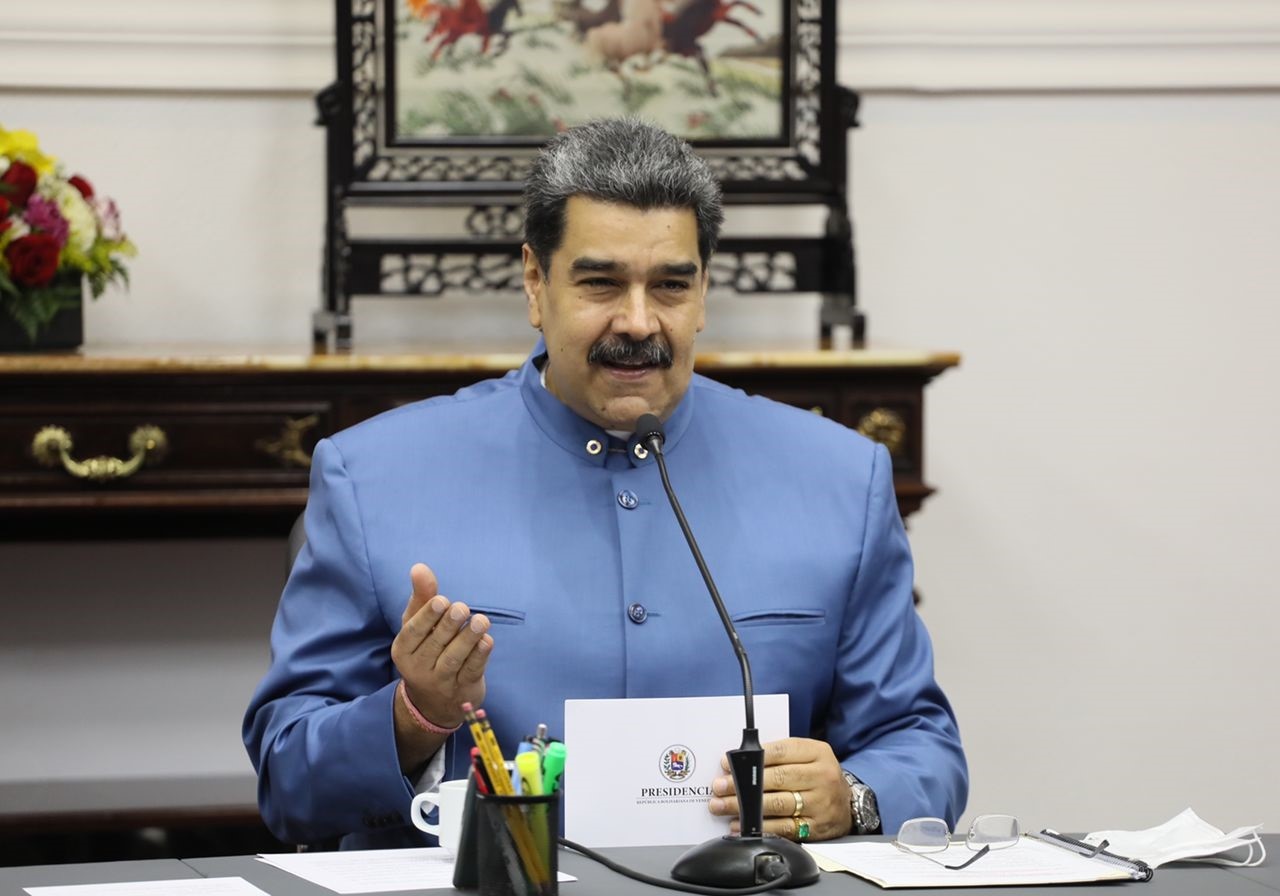 Nicolás Maduro has denounced the growing denial that, according to him, there is around what he has described as “genocide” in America as a result of the Spanish Conquest and has called for the creation of a truth commission within the Community of Ibero-American and Caribbean States (CELAC) in the letter sent to Felipe VI.

“It is unacceptable that in the XXI century a nation that prides itself on being civilized worships the worst of its past,” Maduro said in his letter in reference to October 12, denouncing that “the arrival and forced presence of Spain in the American lands represented the most terrible physical and symbolic annihilation of entire peoples that the history of mankind remembers.

The Venezuelan president explains that with his letter to the King, which he already announced that he was going to send him, what he seeks is not only to appeal to the “historical conscience and political reason” of the Spaniards but to alert them that “with the appearance of far-right parties today it is increasingly common in Spain the stories that try to minimize and falsify the events that occurred during the so-called conquest of America in the 15th century ».

In this sense, it has disfigured the “arrogance” of those who defend that Spain brought civilization to America, taking for granted that there were “no languages, cultures, civilizations” there, and the “insolent euphemism” of those who prefer to speak of a “meeting of two worlds”.

Maduro denounces that “violence and cruelty are perpetuated in attempts to wash the face, through propaganda actions, of the vile murdered and looted” committed. “The conquest in today’s terms constitutes the greatest genocide and ethnocide,” he stressed, since “it depopulated a continent inhabited by between 70 and 90 million souls, with their cultures, their political systems, their languages, their science. , their religions and their institutions.

NEGACIONISM AND RACISM GO TOGETHER

“Just as climate change has its deniers, so has the genocide in Indo-America,” he denounced, stressing that “they go hand in hand with racism, xenophobia and supremacism.” Europe must recognize, according to the Venezuelan president, that “the rise of Western capitalism had its foundations in a crime against humanity against the peoples of Indo-America and Africa.”

For this reason, he has made it clear that “more than an apology, we want a rectification of the ideas and opinions that five centuries later prevail more foolish and vile”, rejecting “the trivialization and denial of the Indo-American genocide.” “What worries us is the neglect and minimization of these atrocious events,” he acknowledged.

In this sense, he has argued that “the 21st century is conducive to a truth commission on the European occupation of America from the 16th to the 19th century.” Maduro has considered that “in this way we would bridge the gulf between the golden legend and the dark legend that will continue to divide us in infinite progression.”

THE TRUTH WILL MAKE US FREE

“The truth will set us free and that freedom will make us all truthful,” he concluded, arguing that there is “enough documentary material” for this commission to “determine an unbiased version of the conquest of America that shuts up the new obscurantisms and unmask what your institutions today want to hide: the bloodiest of human episodes.

Said commission, he clarified, should be directed by CELAC and made up of “shamans, anthropologists, archaeologists, defenders of Human Rights, jurists, writers and intellectuals and representatives of all religions” with the task of “commensurate the facts, accept them , repair them and incorporate them into the same shared history.

On the other hand, he has stressed that October 12 “is not Columbus Day, or Discovery Day, or Hispanic Day, it is the Day of Indigenous Resistance.” It is, he added, more than “a name change.” It is “a change of look, a spiritual change, a historical change that works to see the past and the future with different eyes.”

WE WILL NOT TOLERATE Jokes

Maduro has made it clear in his letter to the King, whom he addresses as “Felipe de Borbón”, that Venezuela has nothing against the Spanish. “We love the people of Spain, we speak the same language” and “we enjoy their culture, which is in turn the result of the Arab heritage and mixture, and we do it from our own”. “That is why we are not willing to tolerate mockery, cynicism and historical falsifications,” he said.

In this sense, the Venezuelan president has joined the request made by the president of Mexico, Andrés Manuel López Obrador, who already in 2019 sent a similar letter to Felipe VI proposing the “reconstruction of a ‘shared story’”. “We join in demanding, moreover, an honesty of the historical truth that, recognizing the excesses, allows a reconciliation,” he said, stressing that “we do not accept forgetfulness and indolence as an answer.”

“A Hispanidad without recognition and forgiveness, without the truth and moral compensation for crime and dispossession is an empty shell that only serves for the photograph of a club of right-wing presidents,” Maduro has warned, who has clarified that he aspires to “an interculturality” that is only possible “from the respect and positive appreciation of differences.”