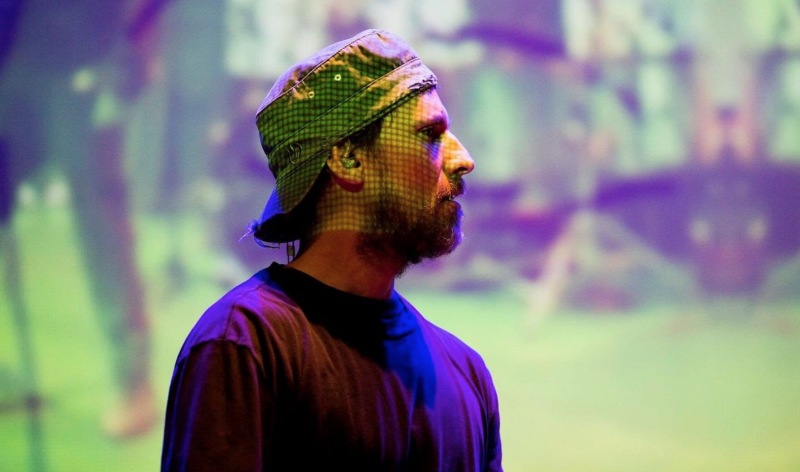 The Peruvian musical project Vilchez Huaman continues to work firmly on the sound construction of what will be his third studio album Dance or die that will see the light in the next months. We have already heard a first preview entitled “Untouched” that reflects the collective restlessness and frustration of hundreds of musicians who – due to a pandemic – literally went “untouched” for more than a year and a half. And to continue getting into this new album, he now presents us with “Redes”, a reflection on social networks and their questionable benefits in times of virtuality. Simple available on the main streaming platforms.

For Vilchez Huaman, “Redes” represents an invitation to dialogue and reflection on social networks and the use we make of them. While it is true, they are a powerful tool that easily brings us closer and connects us to new audiences anywhere in the world, they could also be considered a ‘double-edged sword’ because it makes us less and less human by distorting our reality. It is a song that proposes to vindicate interpersonal relationships.

READ | Kayfex: DJ Producer from Ayacucho joins reggaeton artists Alexis and Fido, J Álvarez, among others to record the hit ‘THEM BOW’ | VIDEO

“Redes is the first“ official ”single from the upcoming album, which will be called“ Dance or die ”, a name that clearly proposes dancing in these times of horror as a self-defense mechanism. And although not all songs are danceable, it conceptually evokes that phrase that says “to dance is to dream with your feet”, therefore, “to dream is to dance static,” says Ricardo Wiesse, voice and leader of Vilchez Huaman.

Regarding its sound, the song maintains the same audacious spirit that Vilchez Huaman has been in charge of demonstrating on his previous albums. Precisely, and playing a little with the musical ambiguity that characterizes it, “Networks” could fit on the label of ‘post-pop’ as a self-proclamation of creative freedom of his own music and to move further and further away from pre-established genres.
“Networks” is a musical composition by Ricardo Wiesse Hamann and was produced by Henry Ueunten in his studio “Nave Punkuri” in San Miguel, Lima, Peru. It is already available on the main streaming platforms and from Wednesday, August 25, it will feature a video clip directed by Sebastian Suarez.