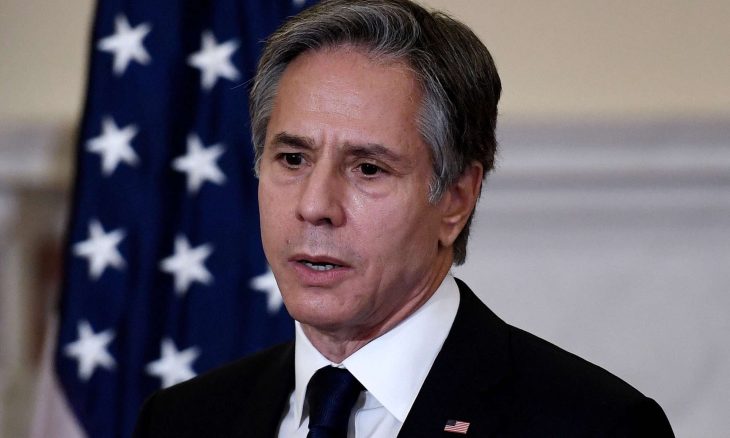 US Secretary of State Anthony Blinken

Washington: On Thursday, the US State Department called on Tunisian President Kais Saied to carry out “transparent and comprehensive” reform processes.
This came as a comment on Saeed’s formation, on Wednesday, of a new government headed by Najla Boden, according to what Al-Hurra channel reported, quoting an unnamed US State Department official.
The official said that Washington “shares the Tunisian people’s goal of establishing a democratic government that addresses the serious health and financial crises facing Tunisia.”
At the same time, however, the US administration is “concerned” that the extraordinary measures announced by the president lack a “clear timetable for returning to a constitutional order.”
“The reform process undertaken by the Tunisian president must be transparent, inclusive, and include civil society and diverse political voices,” he added.
He continued, “The appointment of Najla Boden to form the new Tunisian government is a first step towards forming a government capable of meeting the urgent needs of the Tunisian people.”
Saeed announced last July 25 “exceptional measures”, which included the dismissal of the prime minister, provided that he assume the executive authority with the help of a government that appoints its president, freezing the powers of Parliament, lifting the immunity of representatives, and being headed by the Public Prosecution, and later, he decided to abolish the constitutionality of laws monitoring body, Legislation issued by presidential decrees.