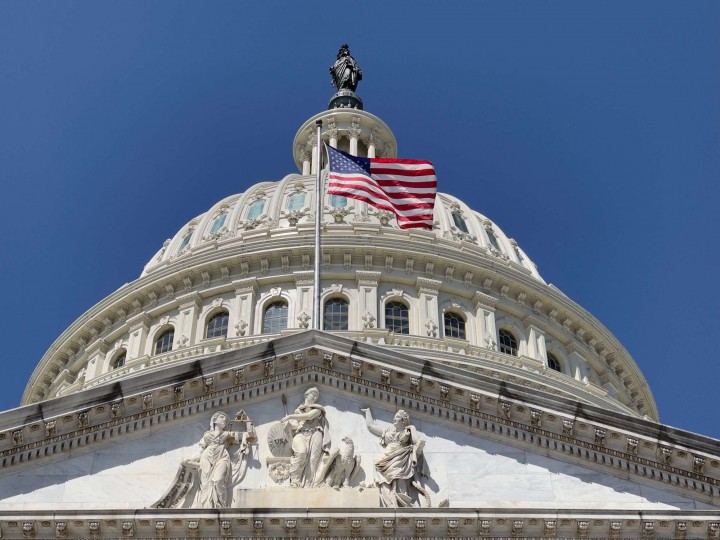 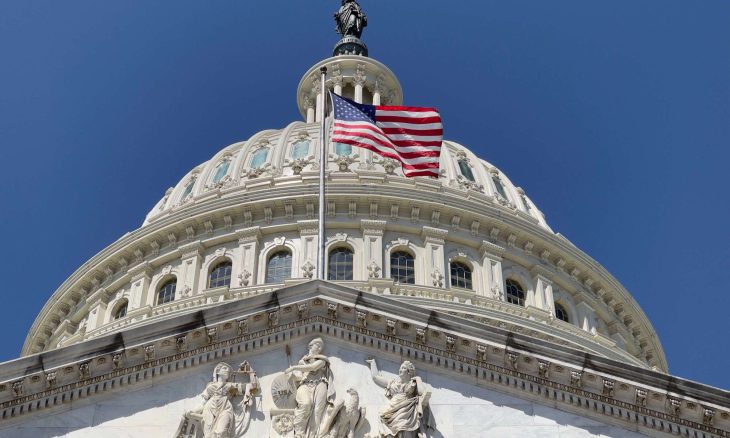 Washington: In less than a year, Americans will be called to the polls for a midterm election that will serve as a referendum for President Joe Biden and the Democrats who currently dominate Congress.
If everything goes as Biden intends, the president will be able to attach special importance to the passage of three historic bills, despite a slim majority in the Senate. That would be a legislative achievement similar to Franklin Roosevelt’s New Deal or Lyndon Johnson’s civil rights reforms.
In his campaign, the president can count on a $1900 billion plan approved in March to combat the COVID-19 outbreak.
His position is also comforted by the fact that in recent days Congress has avoided freezing government funding and threatening a debt default that was likely to be disastrous for the world’s premier economic power. But this is only temporary.
In fact, these two problems were not completely bypassed, but were postponed for a few months.

Keep the head up

With the end of the year holidays, which traditionally kick off with Thanksgiving in late November in the United States, approaching, Congress finds itself the challenge of debating four big topics: avoiding a paralysis of federal state services (or shutting down), avoiding a debt default, and passing a massive plan. infrastructure and a massive social spending program that Joe Biden intends to pass.
But lawmakers have postponed the first three topics of these thorny issues to a later time. The fourth topic is still subject to intense discussions.
“They’ve had months and months to go, and they haven’t been able to materialize their efforts,” former adviser to senior GOP officials Brendan Buck told MSNBC. “So I think they didn’t get over the obstacles,” he added.
After tough negotiations on Capitol Hill and Joe Biden’s popularity plummeting to less than 40 percent, the White House is struggling to keep its head up.
“I can assure you that we are never pessimistic here, even when things are looking tough,” President Psaki’s spokeswoman Jen Psaki said at a press conference Tuesday.
Biden, who has been a senator for more than 35 years, is counting on not facing the hurdle of dividing Congress, even if confrontations between parliamentarians from both parties could intensify as the midterm elections approach.

But it is his party that fears White House advisers, not the opposition: Relations between progressive and moderate groups in the Democratic Party are strained over the two big projects Biden intends to reform his country through.
The left wing is protesting the fact that centrists are seeking to cut the bill for Biden’s social plan — a $3,500 billion project that provides enhanced access to education, health, care and childcare as well as massive investments to combat climate change.
He also refuses to study an infrastructure bill intended to repair American roads, bridges, and ports, as long as he does not obtain approval for the social project.
On the other hand, centrist parliamentarians, who face tough battles to win the midterm elections, are determined to achieve any legislative victory that they can benefit from later in their campaign, and will not support the social side of Biden’s plan as long as infrastructure expenditures are not approved.

But after all, there is a principle on which all Democrats agree that it will be virtually impossible to maintain a majority in both houses of Congress next year if they do not achieve any result from the current legislative battles.
“I am not asking lawmakers to vote on a text that has no chance of being passed in the Senate,” US House Speaker Nancy Pelosi told the press on Tuesday.
“I am optimistic that we will get to where we need to be in time,” she added.