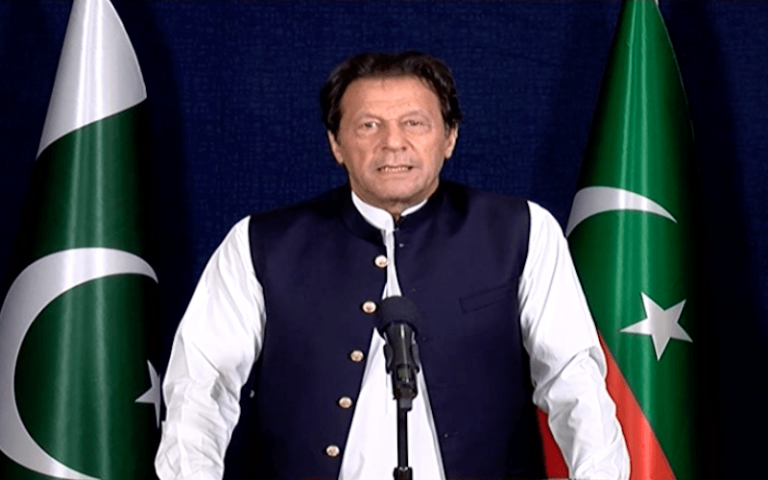 PTI Chairman Imran Khan has said that the looters will not succeed in any case, they can only win the election by joining hands with the umpire.

Addressing the Workers Convention in Lahore, the PTI chairman said that in the by-elections, the people have to take revenge on the sellers of conscience and defeat the looters.

Imran Khan said that those who come from external conspiracy will be defeated in any case. The people are ready to defeat the looters. The people should not allow the looters to succeed under any circumstances.

The former prime minister said that the looters insult the people of the constituency by selling their conscience, now the people have to take revenge and defeat these looters.

Imran Khan told the workers that you have to go from house to house to prepare the people.

On the other hand, in the PTI Workers Convention, the administration prevented the media representatives from visiting Kohal and only the reporters of certain channels were allowed to enter.