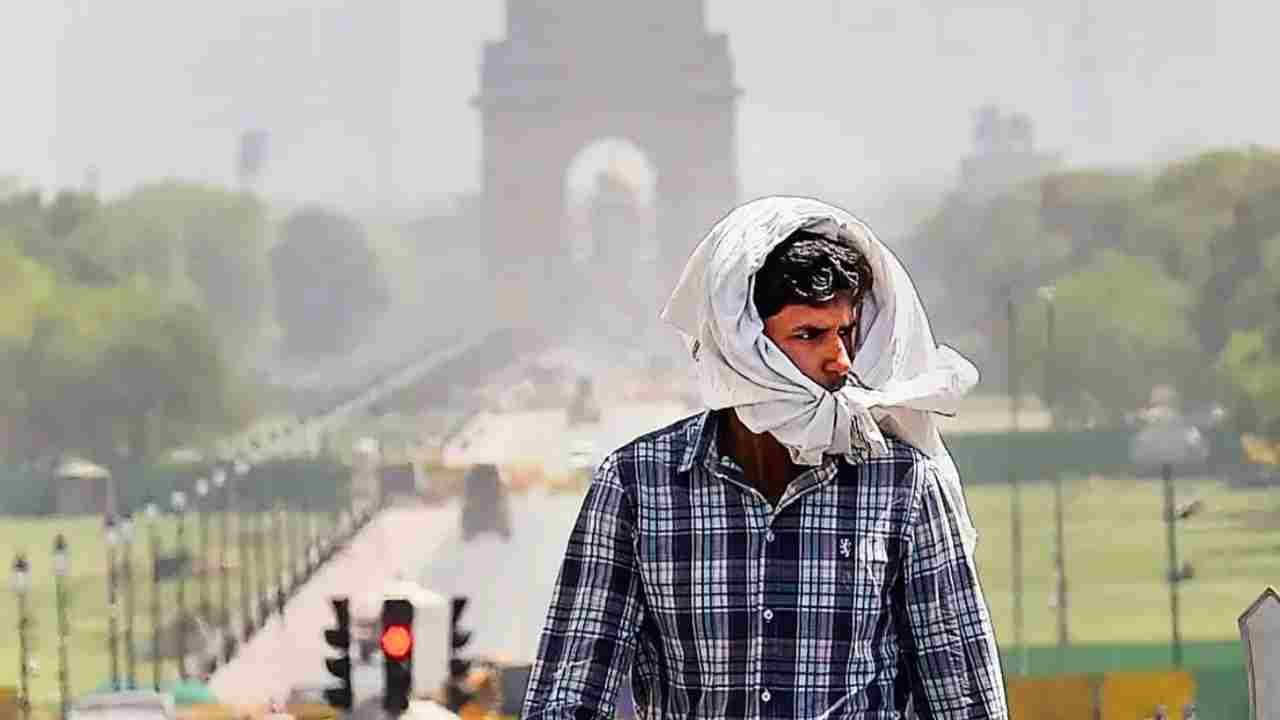 Mercury in most parts of the country (heatwave) is high and normal life has been greatly affected by the scorching heat. Maximum temperature in many cities (Maximum temperature) has reached close to 46 ° C. The ongoing heat wave conditions in the capital Delhi intensified on Friday and the mercury reached near 46 degree Celsius in many parts of the national capital. ‘Orange’ alert regarding heat wave in Delhi on SaturdayOrange alert) has been issued.

April is the second warmest month in 72 years

The IMD has issued an ‘Orange’ alert on Saturday, warning of severe heat wave in many parts of Delhi. The Met Office uses four color codes for weather warnings – Green (no action required), Yellow (watch and stay updated), Orange (be prepared) and Red (take action).

Amid rising heat and shortage of coal, the Delhi government on Thursday warned of disruption of power supply for vital services in the capital, including metro trains and hospitals. Whereas Chief Minister Arvind Kejriwal said on Friday that his government is somehow dealing with the power supply situation in Delhi. He called for taking quick and concrete steps to deal with the power crisis in the country.

Some relief likely in May

IMD said that on Sunday, partly cloudy sky, light rain and dust storm with wind speed up to 50 kmph can be expected, which can bring temporary relief from the heat. It said that the heat wave is expected to end from Monday under the influence of a Western Disturbance, which is likely to affect north-west India from the night of May 1.

Senior scientist RK Jenamani said that light rain and thundershowers may occur in Rajasthan, Delhi, Punjab and Haryana between May 2 and May 4. The maximum temperature will be between 36 degree to 39 degree Celsius. The city has recorded 10 heat-days in April, which is the highest since 11 such days in the month of April in 2010.

summer vacation in punjab from 14 may

In view of the scorching heat in the state, the Punjab government has announced summer vacation in all schools from May 14. For the last several days, the maximum temperature in some neighboring states including Punjab and Haryana has been a few degrees above normal.

Chief Minister Bhagwant Mann said in a tweet that considering the sudden heat wave and the suggestions of thousands of parents and teachers, it has been decided to declare summer holidays in all schools of Punjab from May 14.

In Rajasthan, the mercury crossed 31 in the night

Similarly, the whole of Rajasthan is in the grip of scorching heat these days, where the night temperature is also being recorded up to 31.1 degree Celsius. The day temperature has remained above 46 degrees at many places in the state, due to which it is likely to increase further in the coming days.

According to the Meteorological Center located in Jaipur, the current heat wave in the state will continue for the next three-four days. However, a circulation system is maintained over West Rajasthan, but due to lack of moisture in the winds, the chances of thunderstorms and rain are very less.

According to the Meteorological Center, on May 1, the maximum temperature is likely to be recorded somewhere around 45 to 47 degree Celsius in the districts of Jodhpur and Bikaner divisions of the state. A new Western Disturbance is active over Rajasthan since May 2, on May 2-3, some parts of western and northern Rajasthan will receive thunderstorms with strong wind speed reaching 40-50 kmph and light rain at isolated places. is likely to.

The Meteorological Center said that due to the Western Disturbance, there is a strong possibility of a drop of 2-3 degrees Celsius in the maximum temperature at most places of the state from May 3 and some relief from the heat wave. Last night, the capital Jaipur recorded 31.1 degrees, Bundi 31.2 degrees, Ajmer 30.5 degrees and Banswara 30.3 degrees Celsius. At the same time, the day temperature remains around 45 degree Celsius in most parts of the state.

Primary schools closed in Islamabad due to heatwave. ProIQRA News

Does anyone charge a farmer’s grapes? Farmer weak farmer is helpless does he give the price of grapes to any farmer ProIQRA News

There is no mercy in medical travel policies and they need to be reviewed, says Quich’s Grand Chief Pi News

I used to hide in the hall of BJP’s program, and…; BJP criticizes Rohit Pawar – Marathi News | BJP leader Atul...

Said- I am handicapped with both feet, if I get a shop, I will be able to make Aadhar card for people. Said-...