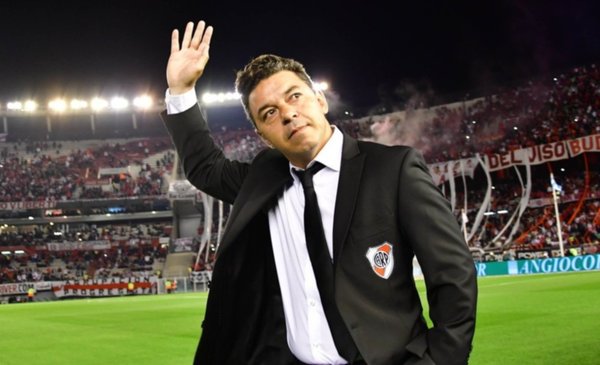 Marcelo Gallardo took to the field for the classic against San Lorenzo and received a first ovation, raised his hand and greeted before the classic song: “Doll, doll!”.

After a few minutes, the entire Monumental, which fulfilled the capacity, intoned: “Gallardo is from River and from River he does not leave!”

In a span of five minutes there was the third standing ovation with another “Wow, Wow!”

The coach, who was sitting on the substitutes’ bench, had to go out to thank.

Again. At halftime, with 1-1, people remembered the “Doll” with another closed applause.

At the end of the game, with the 3-1 already affirming the advantage of four points over Talleres, the River fans asked again for the continuity of Gallardo.

It will depend on Gallardo, from December or January, when his contract ends, but River does not want to know anything with his departure.

Manchester United return to victories with an exciting victory over...

Facebook
Twitter
Pinterest
WhatsApp
Previous articleChakwal: Dhok Taliyan The beauty of the lake dazzles the eyes
Next article“The two people who tore up the posters in the Plaza are wrong”

The Prosecutor’s Office cites Castillo for the alleged interference in the...

Moody’s warned that Argentina is at risk of falling back into...

‘Will you make an arrest here?’ Journalist’s question to Siraj...