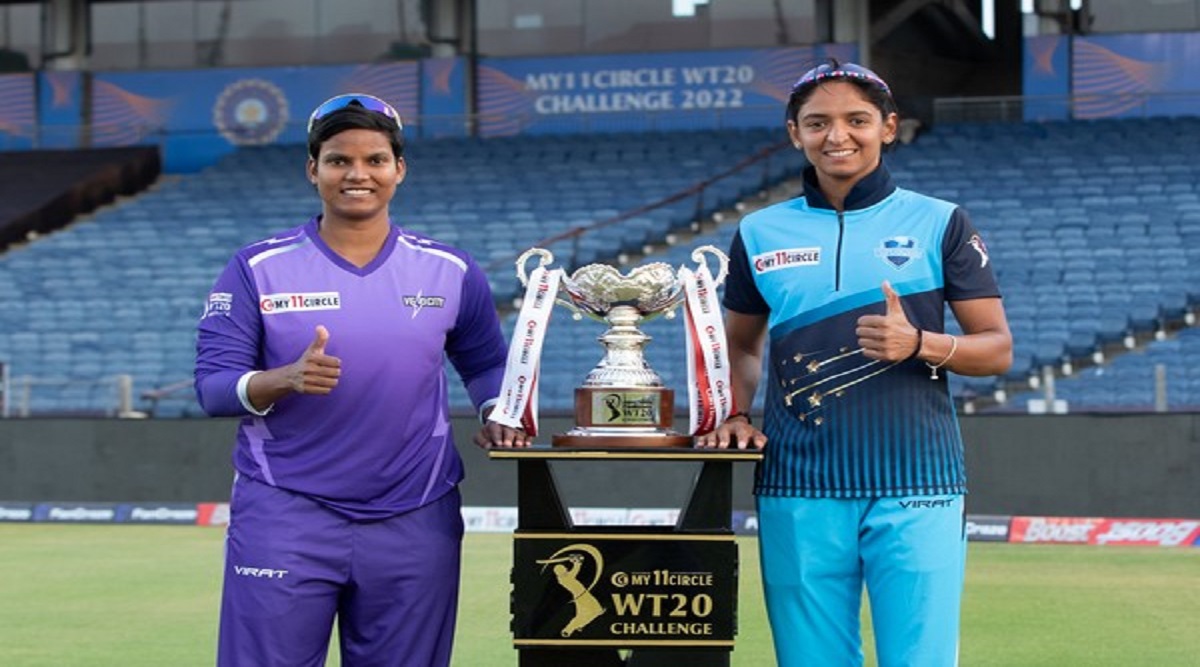 Deandra Dottin’s all-rounder led the Supernovas to clinch the title for the third time by defeating Velocity by four runs in a thrilling final of the Women’s T20 Challenge on Saturday. Taking advantage of two lives, Dottin of West Indies took two wickets with the ball after playing an aggressive innings of 62 runs in 44 balls. Batting first, Supernovas scored 165 for seven. Despite Laura Woolvaardt’s unbeaten 65 off 40 balls, Velocity’s team could still manage to score 162 for eight.

Velocity were in trouble after losing eight wickets for 117 runs but Woolvaardt and No. 10 batsman Simran Dil Bahadur (20 not out off 10 balls) made the match exciting with an unbeaten 45-run partnership but the team was four runs away from the target. Remained. Apart from Dotin, Alana King took three wickets for Supernovas while Sefi Eckelston took two wickets.

Kate Cross, Deepti Sharma and Simran Dil Bahadur took two wickets each for velocity. Chasing the target, Shefali Verma (15 runs in eight balls) and Yastika Bhatia (13 runs in nine balls) got off to a great start by scoring 28 runs in the first two overs but in the third over, Shefali was struck by Dotin and Eckelston in the fourth over. The runs were curtailed after Yastika was dismissed on the ball. Kiran Navgire, who played an aggressive innings of 69 off 34 balls in the previous match, failed to open the account in 13 balls. She became Eckelston’s second victim.

Laura Woolvaardt hit two fours against Pooja Vastrakar in the ninth over but Natkan Chantham (6 runs in 13 balls) got leg-before in the same over. Alana King, who came to bowl in the 11th over, shocked Velocity’s hopes by trapping captain Deepti (2 runs in five balls) in her spin. Woolvaardt and Sneh Rana (15 off 15 balls) then put on a 40-run partnership, but the team then lost three wickets in 13 runs. Velocity needed 48 runs in the last three overs.

Against King in the 18th over, Woolvaardt and Simran made 17 runs in the 19th over after hitting sixes. Simran hit three fours in this over of Vastrakar. The team needed 17 runs in the last over and Woolvaardt added more excitement to the match by hitting a six off the first ball of Ecklston. However, the team could score only six runs in the next five balls. After being invited to bat first, Priya and Dottin scored 13 runs in the third over after batting carefully in the first two overs.

In this over of the cross, Priya hit a six, then the same Dottin hit a four. In the next over of Deepti, Sneh Rana dropped a simple catch of Dotin at midwicket. Dottin celebrated this life by hitting six sixes in both the opening balls of Sneh in the sixth over. The team scored 15 runs from this over, which took the Supernovas’ score to 46 for no loss in the powerplay.

In the eighth over, Simran gave a second life to Dottin by dropping a difficult catch on his own ball. Dotin this time the blueprint, then the same Priya accelerated the run-rate by hitting a six against Simran. Priya got caught by Laura Woolvaardt in the process of playing another big shot. He hit two sixes in his 29-ball innings. Simran made two no-balls in this over but Dotin failed to take advantage of it both times.

Dotin completed his fifty in 33 balls by hitting a six on a free hit against Radha Yadav, who came to bowl in the 11th over. Harmanpreet, who came to bat at the third order, showed her aggressive attitude by hitting two sixes and fours in consecutive balls against Radha in the over of Sneh. Captain Deepti gave Velocity the second breakthrough in the 15th over by bowling Dotin.

After this, Pooja Vastrakar (five runs in five balls) who came to the crease was bowled by Khaka. Cross showed Harmanpreet and Sophie Eckelston the way to the pavilion in the 18th over. Deepti got Sune Loos (3 runs) caught by Radha in the 19th over. In the last over, Alana King (six not out) hit a six off Simran’s ball to take the team’s score beyond 160. Harleen Deol (7 runs) was dismissed on the last ball of the innings.

QUETTA: Bodies of 3 persons were found from Nohsar, could not be identified

Russia Ukraine War: India-Russia alliance becoming a nuisance to world leaders .. | US and its allies will test India’s strategic neutrality in...

These are the world’s biggest billionaires in 2021

Strong Radha in Surat! BJP and AAP workers clashed with each other; ...

The Michigan school shooting suspect may be a witness at the parents’ inquest Pi...

Let’s find out how to be a good tourist. ProIQRA News

Shera Kotin, the young man who became the father of his daughter, was killed...

Ruckus outside the strong room of candidates in Mihona (Rone), alleging favoritism in making...

The Maharashtra government has reshuffled the portfolios of nine rebel MLAs from the Shinde camp. ProIQRA News

A big shock to the people, NEPRA increased the price of electricity by Rs7.90 per unit Pi News