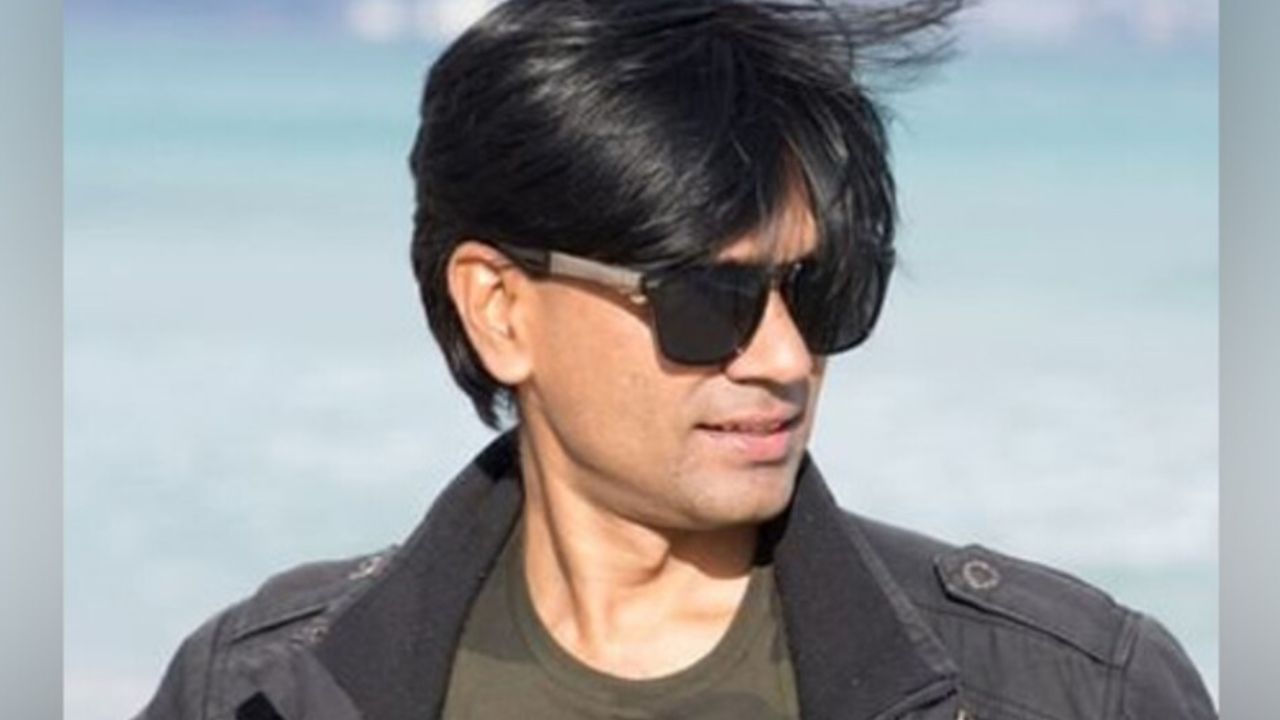 Many leaders have targeted the government over the arrest of Mohammad Zubair and said that everyone who exposes the government’s lies is a threat to the BJP.

Delhi Police (Delhi Police) journalist and Alt News co-founder Mohammad Zubair (Mohammed Zubair) is arrested. The capital police has arrested Zubair for hurting religious sentiments. Now the reaction of opposition leaders has also started coming to the fore regarding this. Many leaders have targeted the government over the arrest of Mohammad Zubair and said that everyone who exposes the government’s lies is a threat to the BJP. Congress leader Rahul Gandhi (Rahul Gandhi) has also taunted the government for the arrest of the journalist.

Rahul Gandhi tweeted and wrote, ‘Everyone who brings out BJP’s hatred, bigotry and lies is a threat to the government.’ The Congress leader further said, ‘If an attempt is made to suppress one voice of truth, then a thousand more voices will be raised.’ He said that truth always wins over tyranny. He has shared this tweet with the hashtag #DaroMat. It is noteworthy that Mohammad Zubair came into the discussion after calling former Bharatiya Janata Party leader Nupur Sharma and sadhus ‘spreaders of hate’. 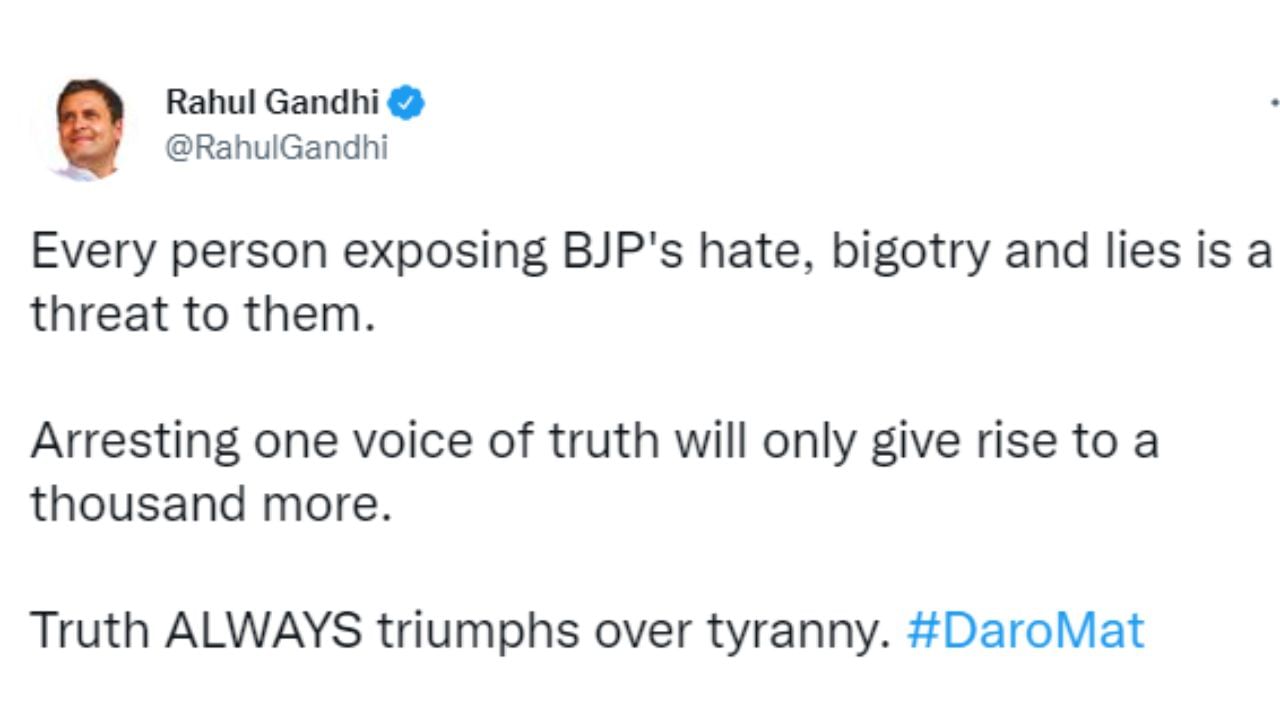 At the same time, Samajwadi Party national president Akhilesh Yadav attacked the government and said that “those dealers of lies do not like truth investigators, who have spewing poison of hatred in their sleeves.” 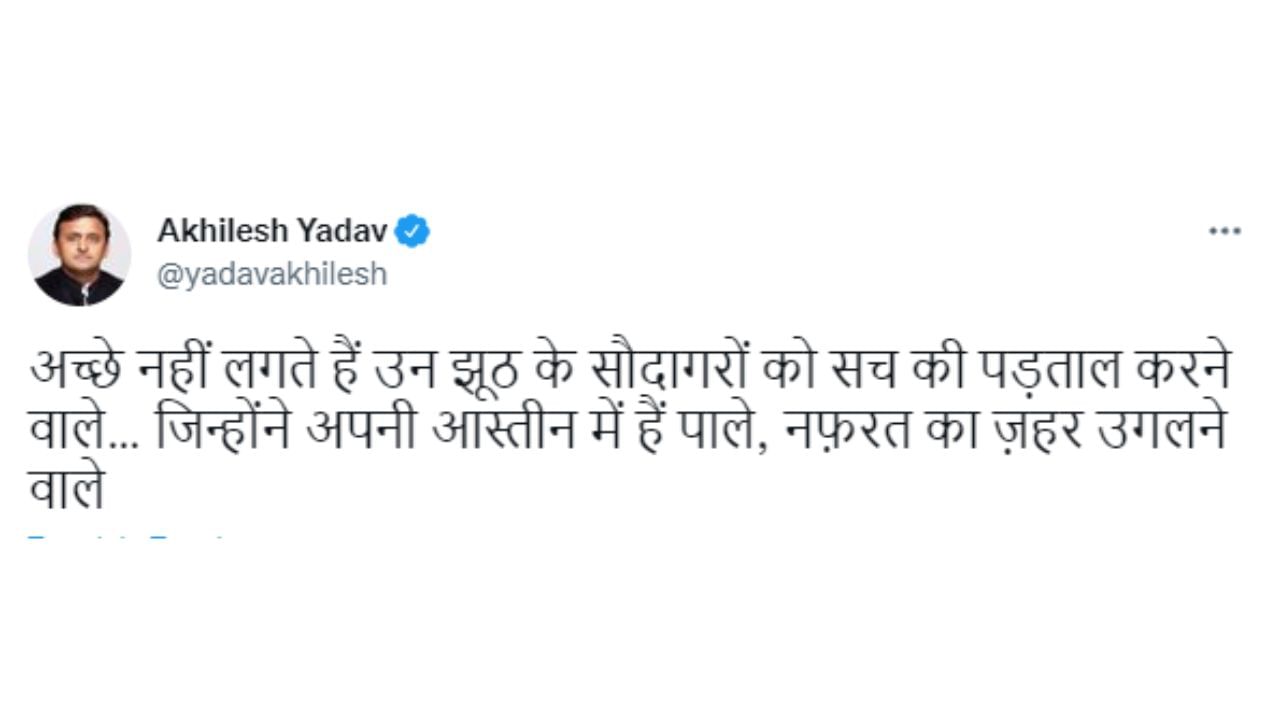 Congress leader Shashi Tharoor said, ‘Some of the fact checking services of India especially AltNews play an essential role in our truthful political environment. They expose lies. He said, ‘The arrest of Mohammad Zubair is an attack on the truth. They should be released immediately.

India’s few fact-checking services, especially @AltNews, perform a vital service in our post-truth political environment, rife with disinformation. They debunk falsehoods whoever perpetrates them. To arrest @zoo_bear is an assault on truth. He should be released immediately.

At the same time, Alt News co-founder Prateek Sinha tweeted, “I am wondering why Delhi Police is in such a hurry to bring Zubair from Dwarka to the duty magistrate’s house in Burari at this time?” He alleged that “in this case without any remand application and without giving a copy of the FIR, we were told that Mohammad Zubair has to be produced before the duty magistrate at Burari.” Sinha said, ‘Zubair has been locked inside a police bus in Burari for more than an hour.’

Without providing any information including a copy of the FIR or remand application in Zubair’s case, we are told that he’s to be produced before a duty magistrate at his residence in Burari. He is currently detained inside a police bus in Burari for more than an hour.


Section 153-A (promoting enmity between different groups on grounds of religion, caste, place of birth, language, etc.) and 295-A (with intent to hurt religious feelings) of the Indian Penal Code (IPC) against journalist Zubair Intentional and malicious act) has been registered. Zubair joined the investigation on Monday and was arrested after collecting sufficient evidence.

Two planes collided mid-air at a US airport, killing many | Pro IQRA News